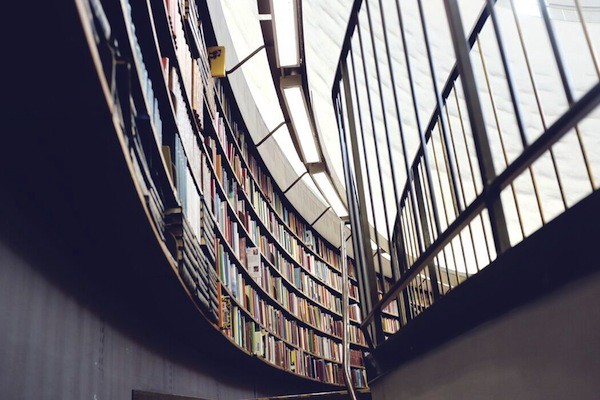 Teaching Your Organization To Learn

Hitting an aggressive goal is rarely easy. Especially when the path to that goal is not immediately obvious or direct. Startups are well known for setting extremely difficult (maybe damn near impossible) objectives that are more a manifestation of a low ­probability hope than a likely outcome.

It takes hard work, passion, a never­-say­-never attitude, etc. to achieve such goals, but these elements are hardly sufficient. We’ve all heard these tropes before, and certainly there’s truth to them.­ Almost by construction, startups set extremely difficult goals for themselves and hitting those goals requires immense dedication and resilience.

But is that it? Many entrepreneurs and early­ stage startup employees work tirelessly, but that certainly doesn’t guarantee success. What else is needed?

I used to believe that the major differentiator of successful startups was extra aggressive goal ­setting.

“Don’t set easily achievable goals”, I thought. Set goals that cannot simply be achieved through an incremental amount of work, effort, or money. Instead, set goals that are so big and difficult that they force your team to think outside the box and focus on things that will have a radical impact on your trajectory. Then, set short­-term goals that will roadmap your progress towards the larger goal. Nice, right? Maybe.

I still believe a hallmark of successful startups is a culture of aggressive goal­ setting. But, I’ve realized it’s possible to get caught in a downward spiral where you’re trying to think of innovative methods to hit lofty goals, yet keep failing.

You keep missing your short­-term goals and then eventually miss your larger goals. And, you’re not guaranteed to be any closer to your ultimate objective.

“Before I founded Flutter.com (now called Paddy Power Betfair) in 2000, I set a goal for the first year of reaching 1M users. At the end of year one we only had 15,000. Fast forward over a decade later, and we STILL had less than 1M users, yet the company was worth more than a billion dollars. We were clearly working toward the wrong goal, and the sheer audacity of it did nothing but undermine motivation and learning.” - Josh Hannah, General Partner at Matrix Partners and investor in Kinnek

So, clearly there’s something else missing here. That ‘something’ is the transformation into a Learning Organization.

Before we describe the idea of building a Learning Organization, which I’m quite obviously setting up to be the savior solution, let’s consider the consequences for this hypothetical aggressive goal ­setting startup.

The team has set incredibly lofty goals that force them to think differently, and also has short­-term goals to help them stay on target. Fair enough. The issue, though, is that this approach doesn’t offer insights about how to achieve short­-term goals to get to the final destination.

This thinking allows only one path to demonstrate progress towards the long ­term goal, by way of sequentially hitting quantitative short­-term goals. Anything less is a failure. This approach is difficult for startups trying to solve nearly untenable problems with huge complexities, where roadblocks and short-term failures are inevitable. It also encourages teams to keep trying the same thing over and over again and expect different results.

So what can be done? The answer is to transform the company into a Learning Organization.

The key is to reframe overall objectives from hitting short-term goals, to having the team focus on learning as much as they can.

Then, apply those learnings to work more effectively toward the long-term objective.

Under this system, there are now two ways to demonstrate progress towards a long­-term goal­. One is, of course, to hit short­-term goals. The other, which is equally valuable, is to show immense learnings from what you tried in order to reach for those short­-term goals, and distill those learnings into a meaningful plan for the next period. The team can now consider a short­-term success to be either hitting a short ­term goal, or showing learnings and iterating on your approach based on those learnings.

The tactical objectives of the team are now focused on experimenting, learning as much as possible, and gathering information that can help next time around. A conscious effort is then made to never repeat the same mistake twice. Over time, as the team learns more about better ways to achieve objectives and iterate on their original approach, the short ­term (and eventually long ­term) goals become more achievable.

On the other hand, if you can’t demonstrate you’re either hitting your goals or learning a hell of a lot, then that’s of course a big problem. It means you need to choose your experiments more wisely, ask better questions, and iterate faster to try new things. But by building a Learning Organization, you can avoid penalizing your team for not hitting arbitrary short­-term goals, build a stronger institutional knowledge base, and actually make meaningfully faster progress toward long term objectives.

Due to the complexity and non­-obvious nature of many startups’ goals, this Learning Organization approach to working towards goals is much more effective than the traditional “hit these quantitative goals or else” mentality. And, it has the added bonus of creating a culture within your company of asking good questions, moving quickly, and not being afraid to take risks.

At Kinnek, the shift towards a Learning Organization mentality has helped to change our trajectory. For two of our most important (and difficult-to-succeed-in) projects, we were previously shackled by the pressure to magically come up with ways to hit arbitrary goals we set for ourselves. Our weekly product meetings became more of an effort to “throw shit against the wall and see what sticks”- and then repeat — and we had no one to blame but ourselves. We were incentivizing a hit-goals-or-bust mode of thinking, but had no earthly idea how to actually go about getting closer to our objectives.

Using this Learning Organization framework, we’ve been able to instead optimize for learning about our users and understanding the core problems.

We ask lots of questions, and try a lot more things faster without fear of failure. We’ve translated our learnings into much more powerful and effective solutions to the core problems, and those projects are well on their way to success. By thinking of missed goals simply as a source of learnings rather than a complete failure of execution, performance has improved dramatically.

Thanks to Josh Hannah, General Partner at Matrix Partners and investor in Kinnek, for his thoughts on this post.

A graduate of the University of Pennsylvania, he was formerly a Researcher at AQR Capital Management.