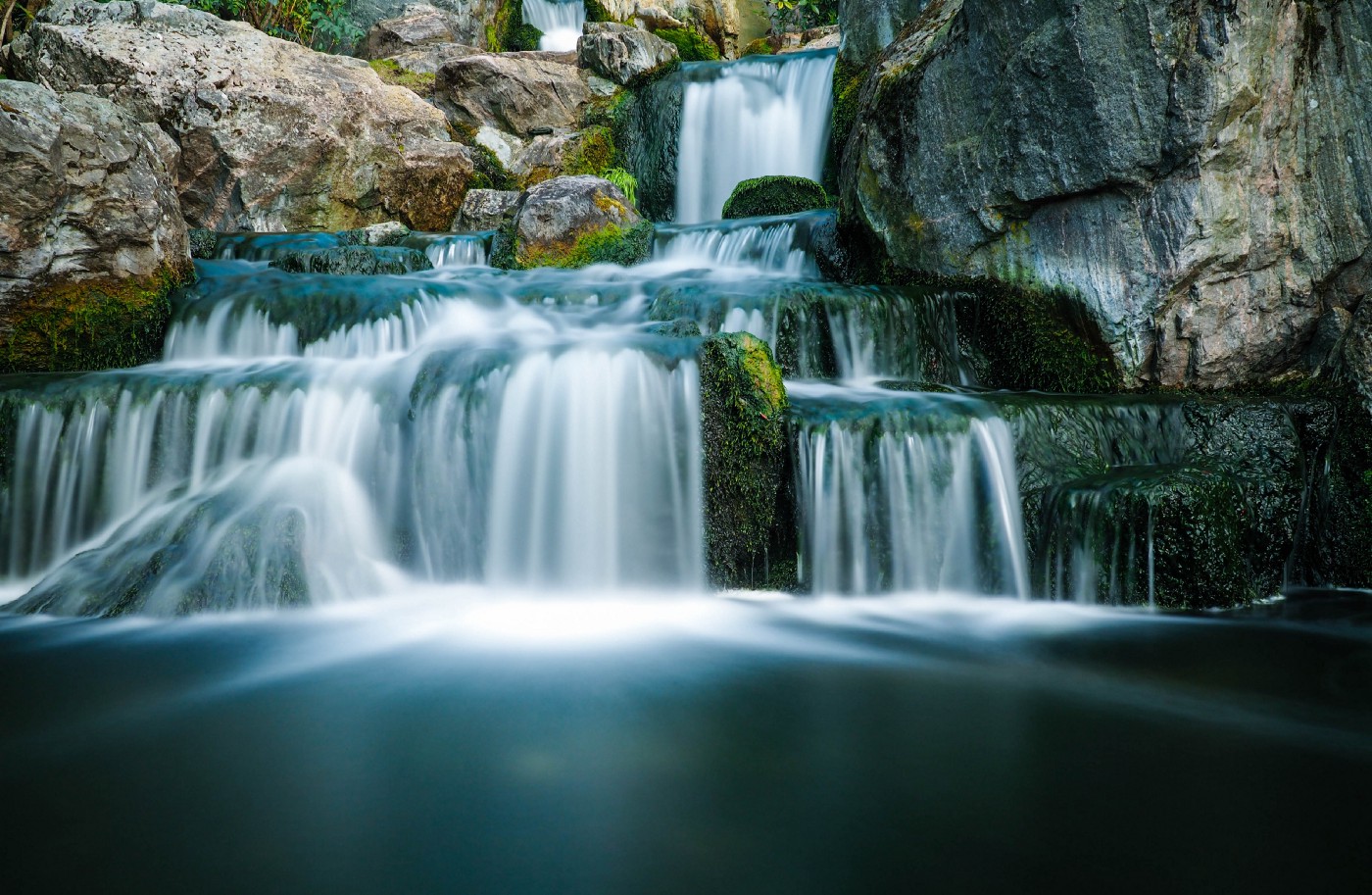 Fintechs could see $100 billion of liquidity in the coming year

Three years ago, we released the first edition of the Matrix Fintech Index. We believed then, as we do now, that Fintech represents one of the most exciting major innovation cycles of this decade. In 2020, all the long-term trends forcing change in this sector continued and even accelerated. The broad movement away from credit toward debit, particularly among younger consumers, represents one such macro shift. However, the pandemic also created new, unforeseen drivers. Among them, millennials decamped from their rentals in crowded cities to accelerate their first home purchase, to the benefit of proptech companies and challenger mortgage players alike. eCommerce saw an enormous acceleration in growth rates, furthering adoption of online payments platforms. Lastly, low interest rates and looming inflation helped pave the way for the price of Bitcoin to charge towards $30k. In short, multiple tailwinds combined to produce a blockbuster year for the category.

In this year’s refresh of the Matrix Fintech Index, we’ll divide our attention into three parts. First, a look at the public stocks’ performance. Second, liquidity. Third, we highlight one major trend in the sector: “Buy-Now-Pay-Later,” or BNPL.

Public Fintechs saw a record breaking year despite the pandemic

For the fourth straight year, the publicly traded Fintechs massively outperformed the incumbent financial services providers as well as every mainstream stock index. While the underlying performance of these companies was strong, the pandemic further bolstered results as consumers avoided appearing in-person for both shopping and banking. Instead, they sought — and found — digital alternatives.

eCommerce undoubtedly stood out as a major driver. As a category, retail eCommerce grew 35% YoY as of Q3, propelling PayPal and Shopify to add over $160 billion of market capitalization over the year.³ For its part, PayPal in the third quarter signed up 15 million net new active accounts (its highest ever).

In the early months of the pandemic, Square also quickly capitalized on consumers’ movement away from cash. At the start of March, cashless businesses⁴ made up 8% of US Square merchants. By the end of April: 35%. By August, cash transactions at Square merchants overall had decreased by 7.4 percentage points (40.0% to 32.6%) YoY, a change that would have taken roughly 3 years at the pre-pandemic rate.⁵ Its stock rallied 288% over the year.

In 2021, we predict the Fintech Index will outperform both the incumbents and the S&P 500 by 2x.

In 2020, 13 Fintechs became unicorns. In aggregate, the Fintech unicorns now represent $158 billion of market capitalization. Notably 9 of the 10 most highly valued such companies raised new rounds during the pandemic year.

We also recognize 63 Fintechs on our “Brink List”, which consists of companies that have raised $100 million of equity but are not yet publicly valued over $1 billion. Challenger banks such as Current and Varo raised large rounds at near-unicorn valuations. Earnin in turn continued to expand earned wage access as an alternative to the (often predatory) traditional payday lenders and as a safe haven from high overdraft bank fees.

Venture capital investments in Fintech this past year totaled $19 billion, a 15% increase over 2019 and 134% compared to 3 years ago. Interestingly, the number of deals decreased for the first time in 4 years, pointing to a concentration of investments in the winners in their respective categories, highlighted by Stripe and Robinhood’s most recent large rounds.

Venture capital investments in Fintech this past year totaled $19 billion, a 15% increase over 2019 and 134% compared to 3 years ago.

As for liquidity, 2020 saw almost $25B in aggregate exits, a 7x jump over the prior year. Even so, we expect to see a deluge of upcoming liquidity near-term, caused by strong public company performance, SPAC opportunities, excess cash reserves, and robust capital markets.

With Robinhood, Coinbase, SoFi, and Stripe all likely candidates for IPOs this year, we predict a record $100 billion of liquidity for Fintech in 2021.

We believe one of the most important trends to gain traction in the last four years to be merchant funded point-of-sale financing, now referred to as Buy Now Pay Later (BNPL). The innovation which was started by Afterpay in Australia — and then followed by companies like Affirm and Klarna — allow eCommerce shoppers to avoid accruing interest on a credit line (that often itself carries additional annual fees) and have access to a form of credit that is free to consumers and merchant-sponsored on even the smallest purchases. No fees, no APR — enabling customers to get more use out of their dollar without the drawbacks of a credit line.

Other players are taking vertical approaches, and they too are gaining traction. For example, renters can now pay rent on installments thanks to companies like Flex and Till.

BNPL has seen traction fastest among millennial and GenZ buyers. Coming of age during the ’08 financial crisis, they saw their parents struggle with troubled mortgages, record level student loan debt, and high credit card debt. In time, people in this segment witnessed the system collapse and cause the Second Great Recession. Banks and free-flowing credit bore the brunt of the blame. Trust in the incumbent financial institutions eroded. Many formed difficult memories from the crisis; many saw their parents lose their jobs or homes or both. The experience contributed to the acceleration of a macro trend: younger consumers’ shunning traditional credit options, and in particular decreasing their reliance on credit cards in favor of debit. BNPL emerged to fill the credit void with a more convenient, and in many eyes, fairer, option which allows consumers to use their own money to pay over time.

Point-of-sale and installment financing as a concept has existed for decades. Early entrant Bill Me Later, founded in 2000 and acquired by PayPal acquired in 2008, belonged to the prior generation. The underlying conditions in 2021, however, are different. eCommerce now accounts for 14.5% of total retail sales compared to less than 2% in 2000. In our view, generational experiences that influence behavior and growth in the underlying addressable market have formed the perfect storm for BNPL’s advance, altering the way Consumers pay for just about anything.

In 2021, we believe BNPL — both horizontal and vertical solutions — will cross the chasm to become a mainstream consumer choice, eventually displacing part of the role of credit card debt.

“Every company will be a Fintech company”

Going forward our collective definition of what constitutes a Fintech company will likely expand. Else we will need to find ways of taking stock of the embedded financial services being built inside companies that on the surface look nothing like financial service providers. Already Uber and Apple have overturned the long-time assumption that only banks could accumulate deposits, and Tesla’s becoming its own insurance carrier has certainly challenged the automobile insurance model.

While Fintechs are chipping away at long-standing incumbent profit pools, we don’t believe they constitute an existential threat to the incumbent financial services industry, who would rather cede the user experience and user interface to new entrants and opt to provide their scale as a service, taking for example balance sheet risk off of products like Stripe Treasury. We think what existential risk does exist for incumbents will come far more from the likes of Apple and Tesla who have not only the direct relationship with the customer, but also the scale to afford them many of the advantages incumbents hold over even the largest startups.

You can access the data package here and which has a range of other helpful information on both the U.S. FinTechs and the incumbents. The updated package contains the following elements:

As always we appreciate your feedback and thoughts on the process and methodology. And we look forward to sharing our thoughts again in 2022!

Matrix Partners is an investor in Afterpay, Earnin, Poynt, and Taulia.