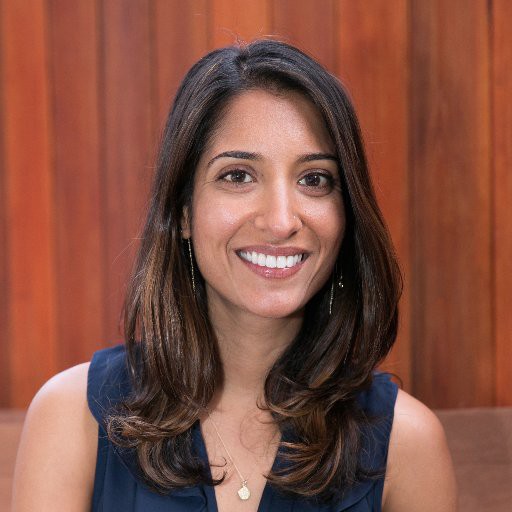 In the third episode of Focus on the Founder, I sat down with Shivani Siroya, the Founder and CEO of Tala. Shivani’s background comprises a unique mix of experiences in global health at the UN Population Fund and traditional investment banking at Credit Suisse, UBS, and Citi. In 2012, Shivani started Tala, then known as InVenture, to address some of the economic challenges she observed in Africa and Asia while working for the UN.

Tala as a Solution to a Global Problem

Tala is a mobile-technology startup based in Santa Monica, CA that enables underserved people in emerging markets to access conventional financial services. Targeting an estimated population of 2 billion people, Tala’s smartphone-lending app delivers credit to borrowers with little-to-no financial history by using thousands of mobile data points to calculate an alternative credit score. The company has already disbursed over $225M in credit via 4.6 million microloans to borrowers across East Africa and the Philippines, and has plans to expand into Latin America and Southeast Asia.

Percentage of population (% ages 15+) with bank accounts, by country

In this conversation, Shivani discusses her experience growing Tala and the challenges and opportunities of bringing financial services to the underserved. You can find the full podcast episode on SoundCloud, iTunes, and Google Play.

Key Thoughts from Shivani on the…

Shivani created Tala to solve a real problem. While at the United Nations Population Fund, she helped develop costing models and conducted thousands of interviews across multiple countries in Africa and Asia. Over this period, she witnessed the same problem occur: large populations of responsible, hard-working people who were unable to take out a loan due to lack of any financial history. Her decision felt “almost unconscious” simply because this was a huge problem that someone had to solve.

Creation of a new market:

Because Tala attracts customers that are largely not covered by credit bureaus and lack access to traditional banking, Shivani explains that Tala’s Total Addressable Market (TAM) is about 2x that of a traditional lending company. Furthermore, by allowing borrowers to register with their smartphone and receive credit in a matter of minutes, Tala’s transformative user experience takes advantage of rapidly rising smartphone usage in emerging markets.

A Projected Upsurge in Smartphone Ownership in Emerging Markets

Benefits and challenges of leading a distributed team:

Tala employs 165 people divided across three offices in Santa Monica, Manila and Nairobi. Because Tala has a global vision and is a customer-centric company, Shivani explains that Tala is required to have a distributed team to stay close to the customer. Hiring both engineers and customer-facing employees across all locations, Tala is able to track and serve the needs of an incredibly diverse user base. Proximity has proven especially critical to acquiring customers in close-knit communities. While Tala’s primary acquisition channel is digital (e.g. Facebook, Google AdWords, and Twitter), their organic traffic has been largely driven by referrals, radio, comment boards, and offline campaigns. Thus, a distributed team-structure has helped Tala achieve above 90% month-over-month growth in loan origination across all markets.

Leading a distributed team does not come without challenges. Research has found that distributed teams often suffer from communication barriers, differential knowledge bases, and inconsistent value systems. To overcome these hurdles, Shivani has:

Split between balance-sheet and marketplace lending:

When Tala enters a new market, the company lends off of its own balance sheet as they gather customer data and develop and localize their credit models. As data is gathered and Tala’s models become more predictive, Tala moves more toward lending from a debt facility backed by traditional institutional investors and high net worth individuals.

Tala collects 10,000+ different data-points from a user’s smartphone to calculate an alternative credit score. Users are debriefed on how their data is utilized and can limit how much they share with Tala by toggling privacy options by data-category.

Shivani argues that tracking metrics as varied as financial transactions, social network diversity, and relationship stability, paint a more complete picture of a borrower’s riskiness compared to traditional credit-score inputs. Moreover, while some microfinancing options have been known to offer exploitative interest rates, Tala carefully customizes loan sizes and terms to their customer’s financial needs and risk tolerances. In addition, Tala differentiates on the speed dimension — approvals are instant, and most customers receive credit in less than 5 minutes. As a result, Tala has kept their repayment rates above 90 percent, and more than 95% of Tala’s first-time borrowers return for additional loans.

Penetration of crypto-currencies and blockchain in the developing world:

Shivani explains that while the markets in which Tala is involved have not experienced much penetration by cryptocurrencies, Tala has started to investigate crypto as a means of currency exchange and moving capital. Furthermore, Shivani envisions that blockchain might play a crucial role in allowing Tala’s users to transition from a country-specific to a global financial identity.