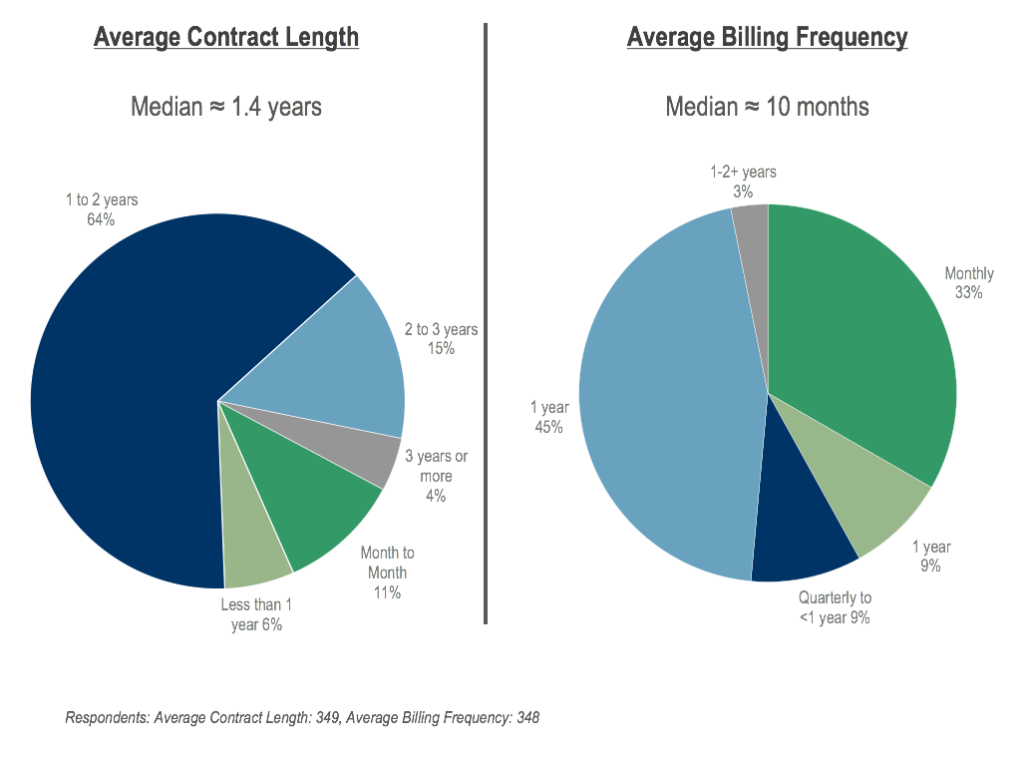 We recently released Part 1 results of our private SaaS company survey in partnership with KBCM Technology Group (formerly Pacific Crest Securities). This is the sixth annual survey we’ve produced together, which provides data to help SaaS companies benchmark their performance against their competition.

We’re excited to share Part 2 of the survey results, which covers:

We’ve also released the forEntrepreneurs 2017 SaaS Infographic which highlights major takeaways from the survey, presented in a visual format.

Contract Length as a Function of Contract Size

The phenomenon of longer contract terms for larger contracts is pretty clear, with the exception of a few outliers. These results are largely similar to previous years.

What is Your Primary Pricing Metric?

Median annual unit churn increased slightly by 1% from 10% to 11% compared to last year.

Annual Gross Dollar Churn as a Function of Contract Length

We’ve broken out ‘non-renewal rates’ from gross dollar churn, and determined that some of the resulting improved churn rates — but not all — is explained by longer contract duration.

“How much do you expect your ACV from existing customers to change, including the effect of both churn and upsells / expansions?”

Use of Debt Capital Among Private SaaS Companies

“When do you typically begin recognizing subscription revenues on a new contract with a new customer?”

Approximately 49% of the respondents indicated that they begin recognition very soon (within a week or two) after signing new contracts.

“What is the predominant mode for recognizing professional services revenues?”

The clear majority of respondents offering professional services indicated they recognize that revenue as the services are provided.

“How do you recognize sales commission costs (deferred or recognized upfront)?”

We’d love to hear your comments below about this year’s survey results.

You may also be interested in the forEntrepreneurs SaaS Infographic for highlights from this year’s results presented in a visual format.

For benchmarks and insights on growth trends, go-to-market strategy operational aspects, and cost structure, see Part 1 of the survey results.